The much-anticipated LittleBigPlanet 2 finally made its way into stores worldwide recently, but it looks like its launch hasn’t gone as smoothly as Media Molecule had hoped. Since its release, many players have been reporting connecting problems when trying to play online.

As Adam Wolfe over at playstationlifestyle.net recently noted, you would have thought the developer would have learned their lesson, considering the same issue occurred with the first game. When trying to get online to play with friends, gamers are being met with a constant loading screen. 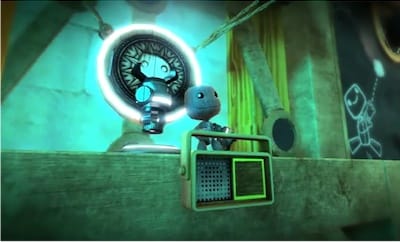 Some PlayStation 3 gamers were even left waiting for well over 10 minutes, meaning that it’s almost impossible to play any levels online. However, according to Media Molecule’s Twitter page, they have addressed the issue and are currently working on a fix.

The developer’s Twitter page also addressed another problem that some PS3 users appear to have been experiencing. “Big craft earth stuck in your Pod?” was the question Media Molecule asked, according to Fred Dutton over at eurogamer.net.

The way the developer said to get around the problem is to quit the game and log out of PSN. Once you have done that you have to restart the game and log back into your PSN account. Have you been experiencing any other problems with the LittleBigPlanet 2 game?