Sony seem to be following a similar trend every year. We know that the company cannot keep secrets hidden for too long, especially before E3. It looks like LittleBigPlanet 2 is definitely on the way, after a huge spill on Twitter.

As reported from PSPWorld, the information regarding the highly antipcated, but still unannounced sequel came from a musician who decided to tell everyone that he has been working on the game.

The tweet in question from him reads: ”Pleased to announce the licensing of ‘Infotain Me’ to Sony for LittleBigPlanet 2 on PS3.”

Sony are obviously aware of this, as the tweet has now been removed. Looks like the ‘big’ secret is out though, just a few months before E3 kicks off.

Can we expect a full reveal at E3? Probably. Let us know your thoughts on this guys. Are you looking forward to a new game in the series or not? 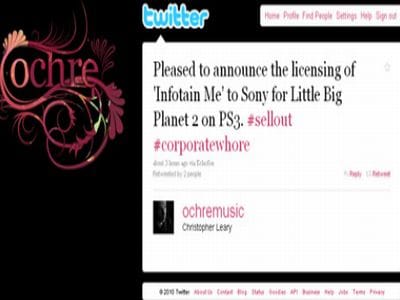 You can listen to the track that he created over at PSP World.