If we were to look back last year the most popular game for the Sony PS3 was Call of Duty Black Ops. This game was not the best in the series — I do not want to cause a debate — but there is no denying how popular the title was. However, there is another game that could be more important to the PlayStation than the FPS game above, and that is LittleBigPlanet 2. Early reviews suggest that this is an impressive follow up to the original.

Before you start to think that we have lost our minds here over at PR, just bare in mind that this is the first big game for the Sony console in 2011, and according to MMGN LBP 2 needs to be able to “Set the pace.” When we first saw the game at a Stuff event a few years back we did not think that it would ever catch on, but we were proven wrong. 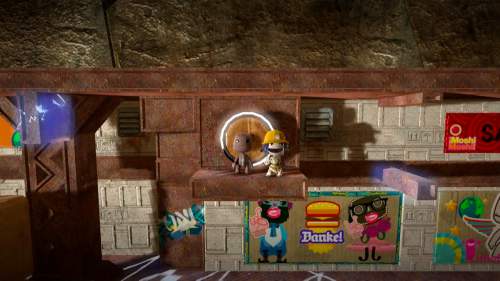 We cannot take away the fact how popular COD Black Ops was and still is, but most young children with a PS3 will want LittleBigPlanet 2, and it is that what Sony has been counting on. Having said that, I know of a number of adults who also like the game, as it can become very changeling at times.

LBP 2 will be released this week, and according to Gamasutra there are also two other big titles coming as well, Mass Effect 2 and Mindjack. The website also list other games that are released this week on other platforms. Do you believe that LittleBigPlanet 2 is a more important game than Black Ops?