When the original LittleBigPlanet game first launched back in 2008, it received some pretty impressive reviews. In fact, both Edge and the Official UK PlayStation Magazine gave it a perfect score of 10 out of 10, while many others — such as GameSpot, Eurogamer and IGN — gave it 9.0 and above.

Now it appears that Media Molecule’s sequel, LittleBigPlanet 2, is heading in exactly the same direction. Although the game hasn’t quite made it onto the shelves yet, it hasn’t stopped the first few reviews being released and let’s just say they show some pretty impressive ratings.

The first review I come across is from Greg Miller over at uk.ps3.ign.com, who has given the game a really impressive 9.0 out of 10. Although he admits that the game does have a few nagging issues, Greg did continue on to say that it won’t actually ruin the LittleBigPlanet 2 experience at all. 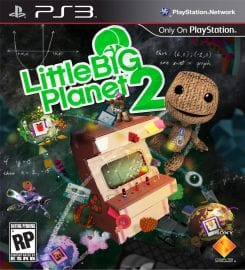 While the story may not be as engaging as Greg had hoped, it appears that the exciting levels and the great gameplay kind of makes up for it. The next review I read is from Simon Parkin over at eurogamer.net, who also gave the game a score of 9.0 out of 10, describing the levels as exceptional.

Meanwhile, Nick Jones from ps3.nowgamer.com gave the LBP2 game a perfect score of 10/10. It’s the game’s new creation tools that seem to have impressed this reviewer. With so many new and game changing creation tools to choose from, Nick claims that you won’t know where to start.

The final review I came across – which gives LBP2 a rating of 9.4 out of 10 is on the computerandvideogames.com website. The story mode in this game is said to be more charming and better paced than the original, with no two levels forcing you to do the same thing.

You can read the full reviews via the links above. Let us know what you think of the game once you have purchased it and played it.