Little Fockers sees the star studded cast return with a couple of new additions. This is the 3rd film in the series of popular comedies and promises to have your sides splitting. It has taken Greg a long time and 2 little Fockers to finally get ‘in’ with his father in law Jack. Greg takes a job working late at night for a drugs company, only for the suspicious father in law to become suspicious.

The film was supposed to premiere at the end of July; however Paramount Pictures had a few problems with casting and re-shooting. ClickZ have been keeping an eye on the Little Fockers Facebook page to see how many people ‘Like’ it. Christopher Heine has reported on the results and shown the growth pattern on Facebook spanning between September 21st and December 21st. September had 71,300 likes, 3 months later, there were 257,500.

The film has been cleverly marketed as they ran a competition where you could win a $1,500 airfare giveaway on their app. If you want to read more about the app for the iPad, iPhone and iTouch then click here. The app is also available on the Android platform. You can watch the trailer at the bottom of our article. If you want to see more cool videos and read more about the story then head over to the official webpage by clicking here. 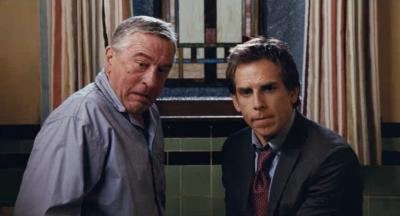 The film looks fantastic and without a doubt Paramount Pictures have created enough hype through advertising and social networking for this to be watched by many.

Will you be watching Little Fockers? Let us know your thoughts on the film in the comments below.