We are almost halfway through the second month of a New Year and it was only a matter of time before we started to see some very significant recalls that did not involve cars. However, it is always sad when the recall is a potential safety risk for children, but it is nothing new and we guess better late than never.

There were reports yesterday of a Graco car seat recall with a list that included 11 models from 2009 to 2013. You might ask why it has taken until 2014 for the NHTSA to recall these seats, but as you know these things take time and have to be investigated thoroughly.

This latest round of recalls is not a small one as it affects 3.8 million Graco car seats because there is a fear that a child could become trapped in one of these seats. 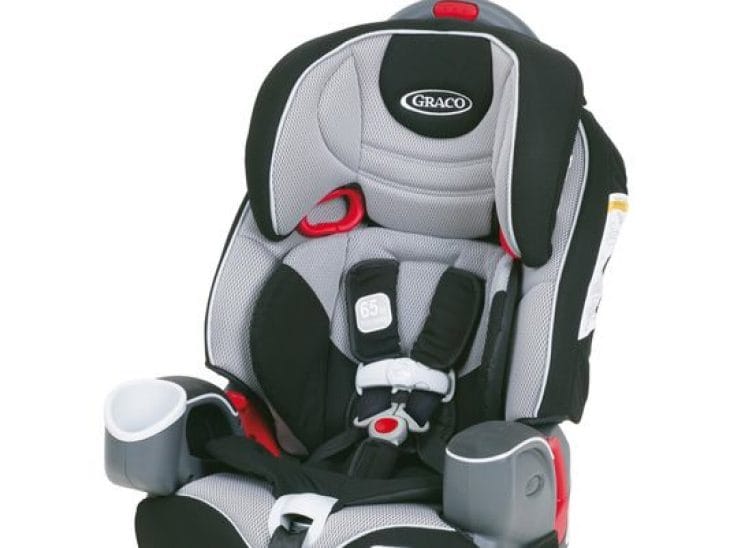 Reason for the latest Graco car seat recall — We mentioned above that a child could become trapped, this is because the harness that latches to your child can become stuck, which means you could have difficultly removing the child.

We’ve heard of cases where parents have had to be forceful in removing their children from these seats, and would no doubt cause stress for the parent and the child in the affected seat. There have even been reports that some parents resorted to cutting the straps in order to remove their child. 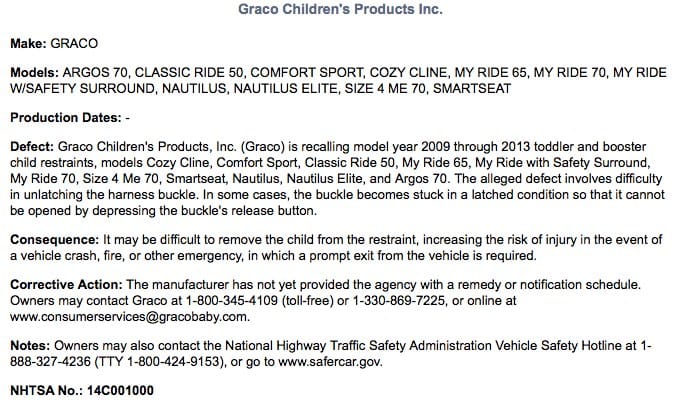 In normal circumstances this is not an issue, but what if you had an accident or your vehicle was on fire, then this is a huge safety concern.

As we already said, there are 11 models affected by this recall, all of which can be seen in the image above. If you do have any concerns then we ask that you call Graco on 800-345-4109