The Amazon Prime Day start time is just after midnight on July 15, 2015 and even though the likes of Best Buy and Walmart have deals of their own, they will be nothing like Amazon has planned, or so we are led to believe.

While do not know all of the items that will be on offer tomorrow, as they will be changing every ten minutes, we do know the list of Amazon Prime Day deals are to include various Kindle devices. 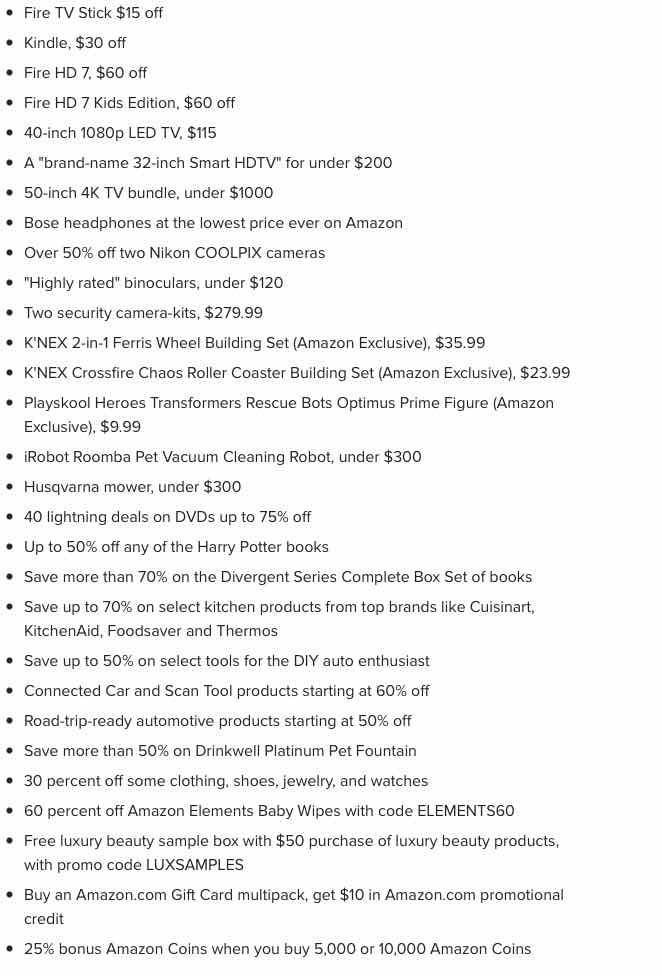 Included in the lighting deals will be the Amazon Fire TV Stick for $15 less than you would normally pay, then there will be a $30 reduction off a standard Kindle and $60 off the Fire HD 7 and the Kids Edition.

It’s not just Kindle devices that we have details on, as Amazon has also let slip that we can expect a range of Full HD TVs for less than $200, up to 70 percent off books, 30 percent of certain items of clothing and that is just for starters.

We highly suspect there will also be discounts on laptops, tablets, smartphones, headphones and so much more.

If you have grabbed yourself a bargain, then we would love for you to share your deals with our readers.