Everybody cannot stop talking about Lionel ‘Record Breaker’ Messi, after the Argentine recently broke the record for most goals scored in La Liga and Champions League history.

Now, EA are getting in on the act as well. The FIFA 15 developer has just highlighted a video that has been created by a community member, recreating some of Messi’s magical goals in the Champion’s League – on the FIFA 15 engine.

The amazing thing about this video is not only does it include the accurate movements as we saw with the real life goals, but it syncs the actual commentary as well which makes it even more special. 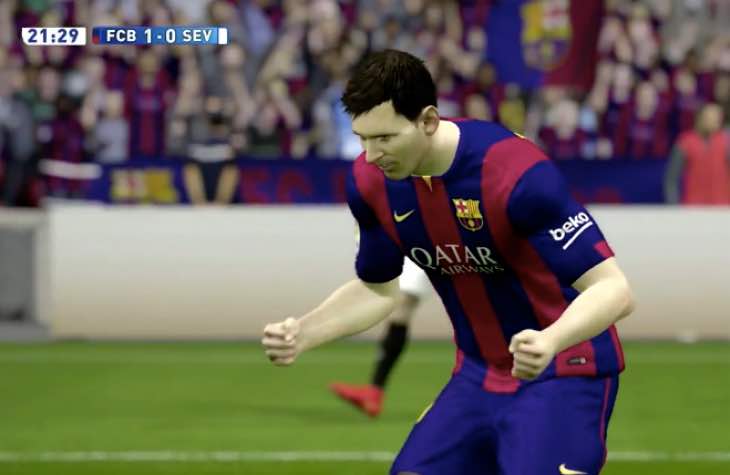 EA obviously agrees and it’s now highlighted on their Twitter page for all to see. It was only just a few days ago when we spoke about the reaction that one FIFA 15 player had when he picked up a Messi Record Breaker card in a pack on FIFA 15 Ultimate Team – with 95 overall stats.

It is easily one of the best FIFA 15 gameplay videos that we have seen in a while, so hopefully there is more of the same to come.

Can anybody stop Lionel Messi right now? More importantly, who should win the Ballon D’Or in the Messi Vs Ronaldo showdown? Watch the clip below and let us know what you think.