We first of the Lingenfelter Chevy Reaper earlier this year, but at that time so much information was unknown to us, such as its release date and price, until now. For those of you who do not know, this limited edition reaper is based on the 2014 Chevy Silverado 1500, although comes with a lot more performance.

You will be happy to know that the Lingenfelter Chevy Reaper is now available from a number of General Motor dealerships throughout the U.S. but don’t go ahead and buy this as a general workhorse truck because it is far from it.

Lingenfelter Chevy Reaper performance comes from its 6.2-liter turbocharged engine that can push out 550 horsepower. Standard features consist of 20-inch wheels that are exclusive to the Reaper, which are mounted on General Grabber LT, there are also Fox Racing shocks and a high performance Lingenfelter exhaust system. 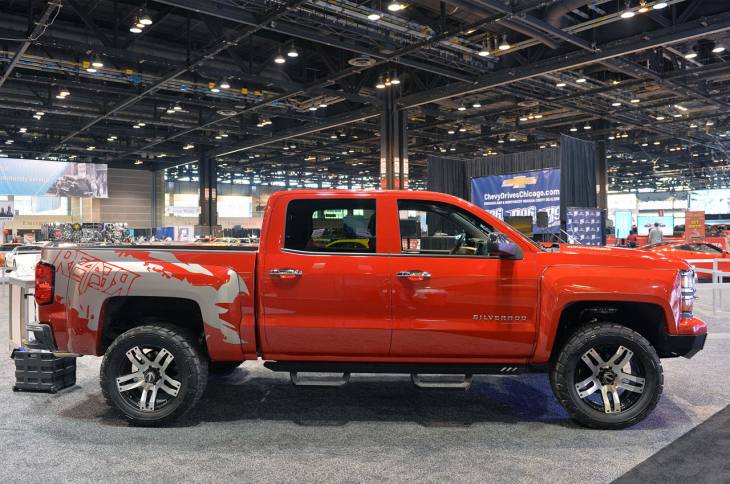 If you are looking for a truck that makes a bold statement, then the Lingenfelter Chevrolet Reaper would have to be it because of its huge aggressive stance, awesome performance while also being able to go off-road.

There has already been a lot of dealer interest, and we can fully understand why, although the Lingenfelter Chevy Reaper price of $84,500 could put some of you off, although this is a fully loaded option.

See what all the fuss is about and whether you think this truck is worth its price by looking at the video below.