Android was first to get the new LINE: Disney Tsum Tsum app, with iOS following a day after. This is a very strange app because it connects to the LINE messaging app, and therefore comes with a warning that users need to be aware off before they begin to use the app.

While both Apple and Android have warnings, it is the iPhone 5 optimized version of LINE: Disney Tsum Tsum that offers more advice. iTunes states that before you go ahead and download this application you first need to consider the app connects to another social media app, and there are also in-app purchases, which as you know costs real money and not just in-game credits.

Both Apple and Android do warn that if you have a connection speed of less than 1 Mbps, then you may not be able to login and play.

There is a load of fun to be had with LINE: Disney Tsum Tsum because of the social aspect, as you can compare high-scores, as well as sending them virtual gifts. 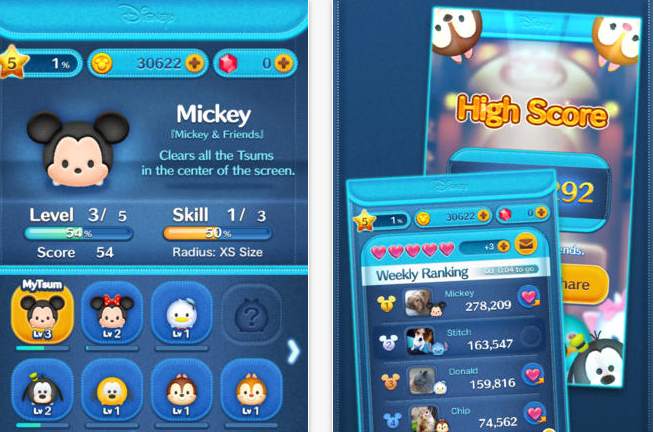 This game has proven very popular in Japan; with more than 14 million downloads to Android and iOS devices.

Full details of LINE: Disney Tsum Tsum can be found on the Google Play Store or iTunes.