One would have presumed that Ferrari would have debuted their F150 during the 2013 Detroit Auto Show, but it seems they have other plans. Luca di Montezemlo has recently said that the Ferrari F150 will debut next month and will have the same exclusivity as the Enzo did by producing just 500 of these vehicles, although Ferrari Enzo had a limited production of 400.

Currently only two teaser images have been released by Ferrari, but Autocar has their own render of what they believe the F150 will look like, and we are impressed by what we see. However, it’s not all about looks because this hypercar needs to have the performance and the handling to match, and from what we know of the tech specs this will not be an issue. 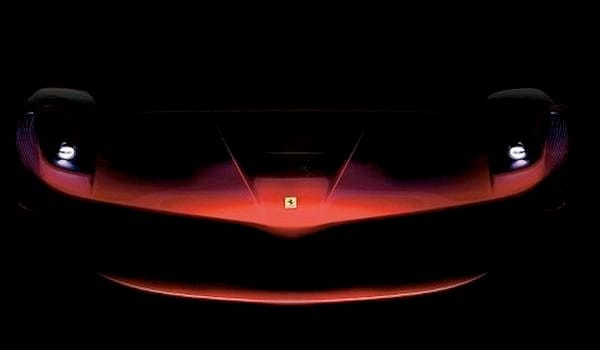 The Ferrari F150 will be going up against some serious contenders, such as the McLaren P1, but looking at some of the basic specs it looks as though the Prancing Horse will come out on top, although we’re certain that the McLaren will give Ferrari a run for their money — just as they do in F1.

F150 vs. Enzo: Ferrari has made a huge number of advancements over the years, with the F150 making use of KERS to help produce an extra 100 horsepower boost, and improvements to chassis, body and engine technology to help reduce emissions by massive 300 gCO2/km when compared to its predecessor. While this all sounds good on paper, it’s not known if the F150 will be able to achieve the cult status that the Ferrari managed, what are your thoughts?