One of the most anticipated consoles ever made is about to become available very soon which I’m sure many gamers will be aware of and getting very excited about by now. If that wasn’t exciting enough, details about some limited bonus merchandise have been revealed for when Sony’s PlayStation Vita is pre-ordered.

Sony Europe announced the news, which is sure to get many gamers wanting to order the device before it becomes available in Europe on February 22nd. As from November 30th the portable gaming console will be available for pre-order, not only that but there will be two redeemable gift packs available, one of which gamers will get with each pre-order. What they get will depend on their location.

As PlayStation Blog details in their article, the first gift pack will contain a redeem code for an exclusive PS Vita avatar for PSN, early access to Frobisher Says!, PS Vita items for PlayStation Home including a bag, trainers, headphones, sunglasses and a t-shirt and â‚¬5 discount on any one of these PS Vita games; Escape Plan, Hustle Kings, Super Stardust Delta or Little Deviants.

The UK and European gift pack also comes with a pair of ‘PS Vita Blue’ in-ear headphones. The second gift pack is only available to gamers in Greece, South Africa, Finland, Denmark, Norway, Sweden, Italy, Spain and France who will be given the option to swap the headphones for a PS Vita branded wallet instead, as well as all the other goodies.

Pre-orders can begin to be placed at selected game retailing stores as of November 30th where a deposit must be paid. Where you are in the world determines whether or not you get the choice of gift pack, then come release day the balance can be paid and the PS Vita and all the exclusive content is officially yours. Will you be pre-ordering the PS Vita? 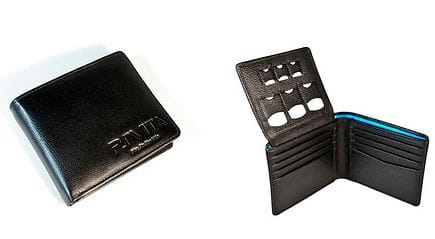