It’s been almost a year and a half since Apple last updated the Mac mini, but there have been various rumors of a 2014 model release over the past couple of month. However, the lack of constraint in regard to stock seems to prove otherwise. More often than not, current stock dwindles ahead of a new model and while there have been early signs of low stock; this was only for small retailers because the larger retailers have plenty of stock, and so does the Apple Store.

It would seem an early 2014 Mac mini release is currently in doubt because of this fact, so where does this put the small desktop? Its release does seem to be in a limbo state for the moment, and with no sign that Apple has upped any shipment of parts from suppliers, one has to wonder if we might not have to wait until later in the year?

Debating a need for a Mac mini 2014 update — The current model has already started to show its age seeing as though the industry moves at such a fast rate, but then again maybe Apple feels as though the demand just isn’t there. It’s all well and good saying the mini is in need of an upgrade to Haswell, but this chip is more beneficial on their MacBook’s because how they are more power efficient, something that is unnecessary in a desktop. 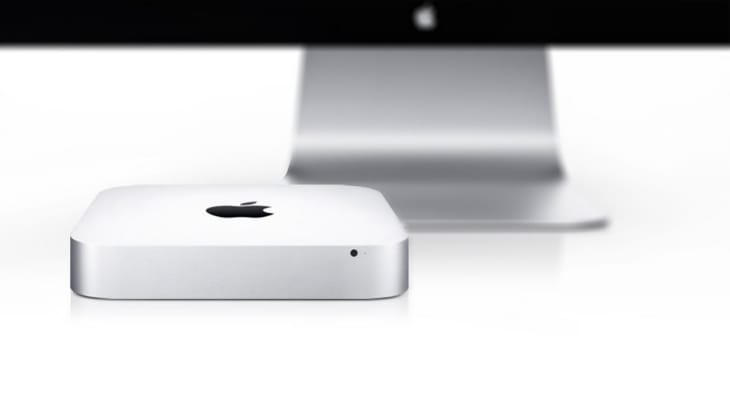 We know that Haswell does help to improve overall performance and helps work much better with graphics cards, and so Apple could put a far better video card in a new Mac mini and then target it more towards gamers, although that is an unlikely scenario.

Apple doesn’t really share Mac mini sales as they do with their iPhone’s and iPad’s, and so we are unable to say if sales have fallen to such a rate that they could actually think about discontinuing the small desktop. Again, we think this is highly unlikely because the Mac mini is considered to be the ideal first computer for those making the switch to Mac because of its low cost — well not as low as some Windows PCs.

Maybe Apple is just extending the release cycle of the Mac mini, and who knows, maybe they really are thinking of shrinking its entry-level desktop even further? If this was the case, then we can understand what is taking them so long. The thing is, Apple could have updated the Mac mini at any time because they have the hardware to hand, and so a complete redesign has to be the answer, right?