The upcoming 2016 Honda Civic will be the 10th generation model once released, and so a lot is riding on its design and features. We have already seen the model in concept form, but have yet to see what the final production model will look like. While Honda has yet to release extensive details about its ever-popular compact car, they did offer a few tidbits of information.

We do know that it will have a longer wheelbase, and will be slightly wider and ride a little lower, and that’s as much as they would share. However, we have been able to gather more details based on what Honda has said in the past, along with people close to the automaker.

Likely 2016 Honda Civic body styles are expected to include the sedan being released first, with a coupe version next and for the very first time we will get to see a Civic hatchback. However, no specific dates have been shared as yet. 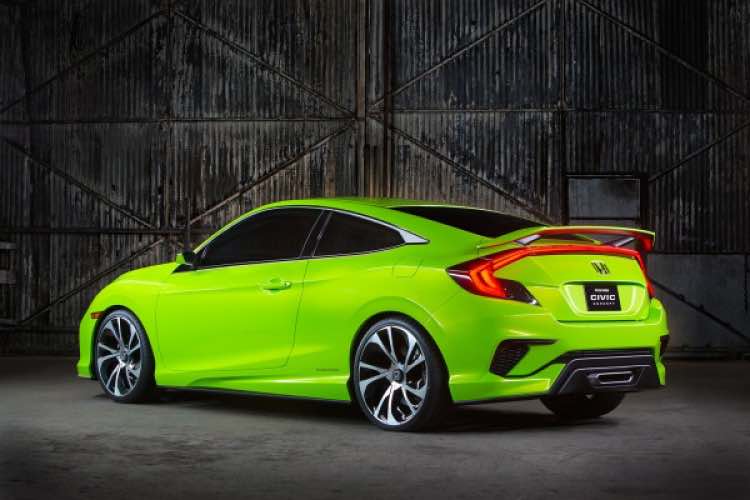 As for 2016 Honda Civic equipment we can expect improvements to its safety features, although many of these will be optional extras. Honda’s electronic safety systems will be very important with this new model, such as lane departure, multi-angle rearview camera, adaptive cruise control, as well as the forward collision warning system.

Honda has yet to divulge the new engine options, although they have confirmed the use of its 1.5-liter, turbocharged VTEC engine, as well as six-speed manual and continuously variable transmission options.

The all-new Civic is expected to arrive at dealers this fall and will go up against three main rival vehicles, and these are the Ford Focus, Mazda 3 and the Toyota Corolla, but will Honda do enough to make it highly competitive?