EA hasn’t announced anything yet as they won’t until 6PM UK time on Monday May 30. This is the start time of the Ligue 1 tournament and we won’t find out the player officially until this time.

However thanks to an image leak in French, the player could be Lyon midfielder Maxime Gonalons. You can check out the image below, which should turn out to be correct as EA’s dynamic image of the player has already been spotted in their database. 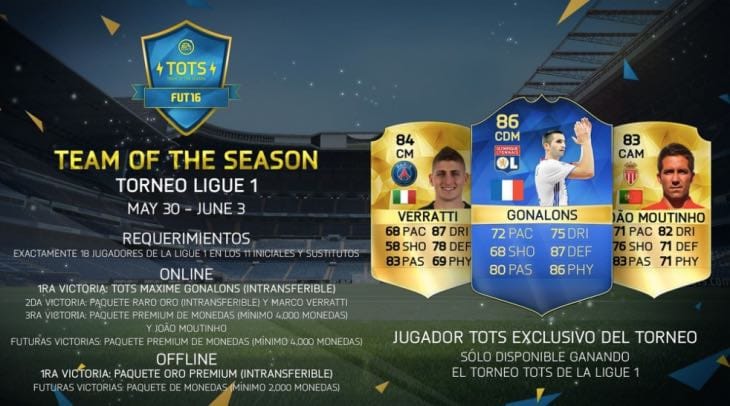 Presuming it’s true, then players can get their hands on a free 86 rated card and the first free CDM handed out which will be appreciated by the community.

We know many of you wanted to see a TOTS Batshuayi, but it looks like this won’t be happening now. Still, you can buy his normal card for cheap in the transfer market which will surely help you when playing through this tournament.

Are you happy about TOTS Gonalons being the prize for the Ligue 1 TOTS tournament? Leave your thoughts below.