In our last update on the status of Life is Strange Episode 4, we told you that the highly anticipated content wouldn’t be coming this week after an update from the developers of the game.

Now, while we all wait for EP4 to drop we can see that Dontnod Entertainment have been given recognition for Life is Strange and the speed in which they have gained mass popularity from fans.

As a result, Dontnod Entertainment are now the winners of ‘Best new games IP on console and PC’, announced at the prestigious Develop awards hours ago. 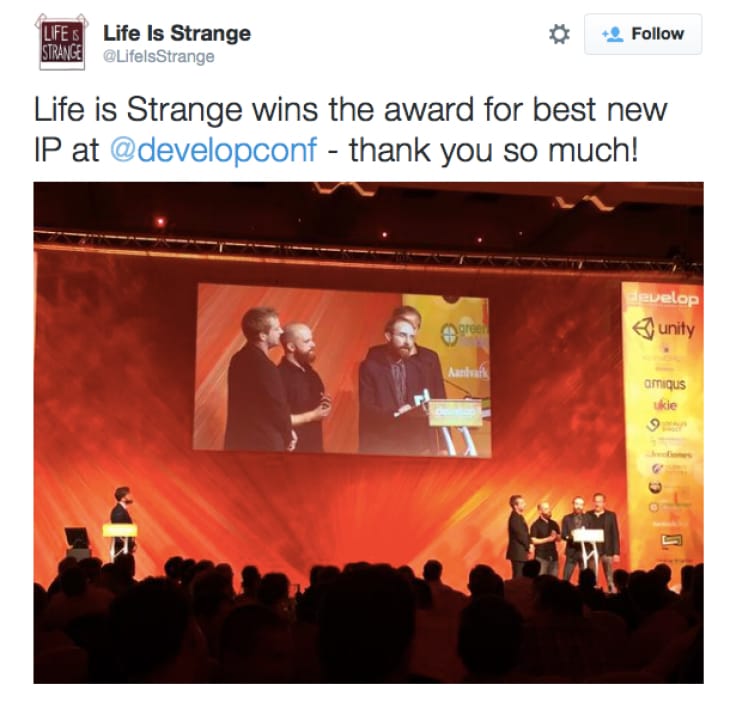 The team also won the ‘Use of narrative’ award as well, giving an example why so many fans love the storytelling in Life is Strange and another indication on why the wait for the Life is Strange EP4 is a painful one.

Most will agree that the awards are well deserved too. Life is Strange has become a surprise smash hit on all platforms since its launch at the start of the year.

Two more episodes remain and we can imagine that Square-Enix are already plotting plans for Dontnod Entertainment to build on their success and start planning Life is Strange 2 for 2016 or 2017.

What are your thoughts on the awards won for Life is Strange – Do you agree that the narrative featured is some of the best you have seen in a digital game?