We have just had some breaking Life is Strange news and it looks like it is the big one. Everyone is waiting for the Life is Strange Episode 5 release date announcement and now we could be seeing it in a matter of hours.

The developers have literally just sent out word minutes ago, to say that they have a ‘special announcement’ to give to the world later today, on Monday September 21.

Given that they know everyone is waiting for Life is Strange EP5, a special announcement is surely going to relate to Episode 5 and nothing else. 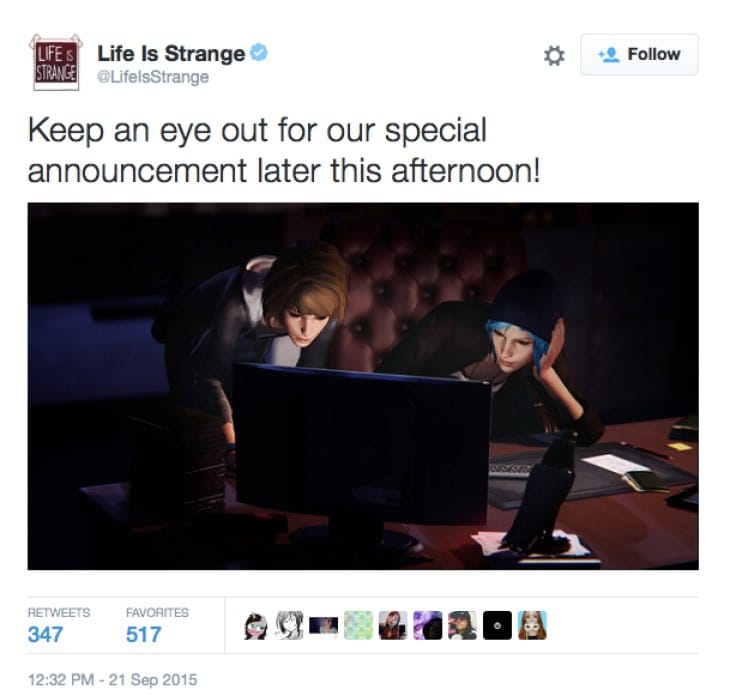 See the Tweet above for yourself which was just posted on the official account minutes ago. Already fans are going mad in believing that Episode 5 for Life is Strange is coming – some are even going overboard to say that Episode 5 could be RELEASING today, although we doubt it.

It goes without saying that you should now keep your eyes glued to this Twitter page for the news once it is announced.

Is your body ready for a Life is Strange Episode 5 announcement? We’ll be bringing the news here too when it happens.