We have an update to bring you on the status of the highly anticipated Life is Strange Episode 4 release date on PS4, Xbox One and of course PC!

The developers for the game know that many fans were expecting the game to drop this week – despite not even giving a solid time for release.

Thankfully though, the team at Dontnod Entertainment have responded and have given fans an update on the status of the next episode.

We can tell you that Episode 4 is now in the final stages of development, with the developers putting the final touches to the content and promising that it will be the most ambitious episode yet. 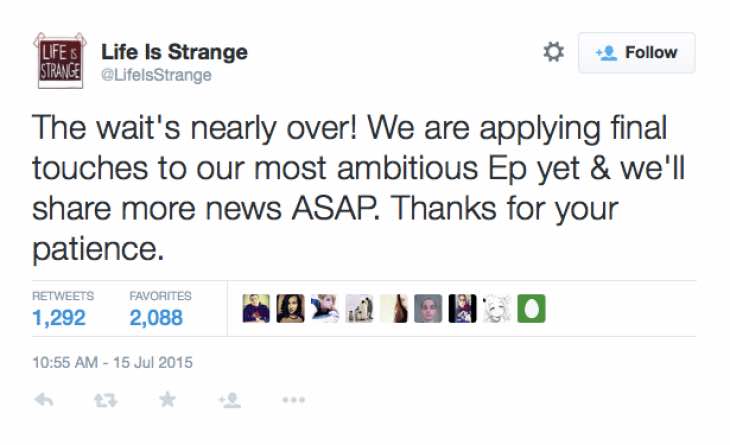 More importantly, more news is coming as soon as possible according to the developers – so hopefully that implies that a release could still be coming in July.

While it is not the launch as we all want, it’s nice of the developers to take to Twitter and give everyone a status update to put their minds at ease.

Let us know your thoughts on the wait and if you are ok with holding on a little further knowing that it is going to be amazing when launched.