This is the request being asked for fans of Life is Strange that now wait for Episode 5, especially considering the release date is expected within days from now. The official Twitter asked followers to show support with a vote for Life is Strange in the 2015 Golden Joystick Awards, which the game is nominated for 6 categories this year.

You can see the exact plea below thanks to the tweet arriving only a few hours ago. We know Life is Strange fans have been debating the previous episode and what might happen in episode 5 for a while, although there’s plenty of mixed opinions in regard to the possible ending for this interactive adventure video game. You can read possibilities in our article about the ending and the EP5 expected September release. 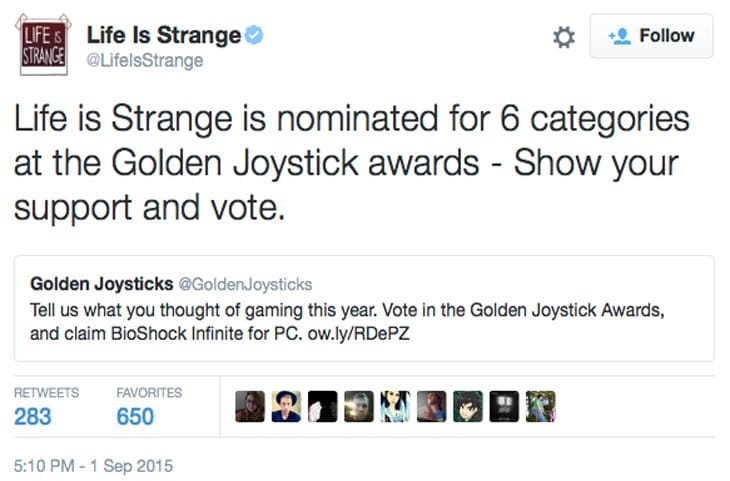 The tweet has already revealed plenty of voting taking place and some gamers are voting all categories, so if you loved Life is Strange then feel free to do the same.

Did you vote for Life is Strange in the 2015 Golden Joystick Awards? Let us know what categories you voted for and any other games you feel deserved your support in 2015.