The Elder Scrolls V: Skyrim will be a game we’ll remember for a lifetime thanks to around 800 hours being spent in the virtual world, although all the rumors about a lot more Skyrim DLC coming left us a bit sad when official news came that there would be no Redguard downloadable content. 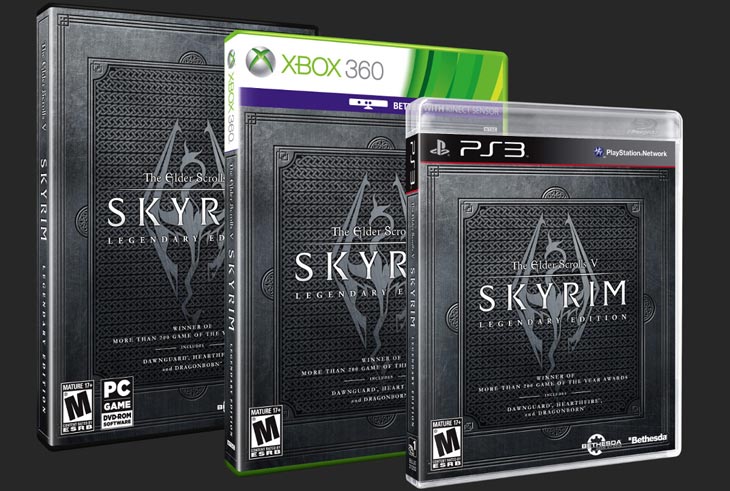 Life after Skyrim DLC — we confirmed a Skyrim Legendary Edition would arrive earlier this month, although at the time we didn’t have any official word and June 7 had been the date from rumors. Since we published that article, Bethesda published some official details on the release date and exactly what you will get inside the box.

The June 7 release date had been correct for those of you in the UK, although our United States readers will get to own Skyrim Legendary Edition from June 4. The box will include all Skyrim DLC, which means you’ll get Dragonborn, Hearthfire and Dawnguard with an original game and patch v1.9.

Moving on from Skyrim – It is true that a lot of gamers felt upset after all the bother with the Thalmor, but then this leaves a potential storyline for Elder Scroll 6. Others feel positive now and point out they’re “excited because they’ll be working on Fallout 4 and TES 6”. Are you happy to see the development of Skyrim DLC stop?

Fallout 4 — some people get confused over who will be making Fallout 4, it is hard to believe, but to clear things up it’s expected to be Bethesda Softworks publishing and Bethesda Game Studios developing. It is worth pointing out that the time between Skyrim’s announcement and then release date had been around one year, and at the time of writing we have not had any official announcement for Fallout 4.

We first thought some news would come for Fallout 4 earlier this month, but Bethesda prolonged our wait with a tease that ended up being for The Evil Within. Since then nothing official has been announced although gamers made it clear that the USA should be the setting and not the UK. Blood and gore should stay, and our readers shared some ideas for new features along with possible mods.

Will you purchase Skyrim’s Legendary Edition, and if so will that be on PC, PS3 or Xbox 360?