With the competition for smartphones and tablets hotting up, new concept ideas for a hybrid have begun emerging. The LG Triptych is one of these concepts. The smartphone transforms into a touch tablet before your eyes and without being too harsh on the eyes either.

The good-looking device was designed by Edward Hale. Images of the LG Triptych in transformation have been shared recently by him over at Concept Phones. These images have found themselves being compared to already existing images of other concept designs for this sort of hybrid phone.

Kyocera and Sprint have combined to design the Echo, also a tablet/phone concept which they announced during the week earlier. Slashgear say that the Triptych however ‘makes the echo look very very sad.’ Read what Slashgear also said about the two concept designs at the site here. 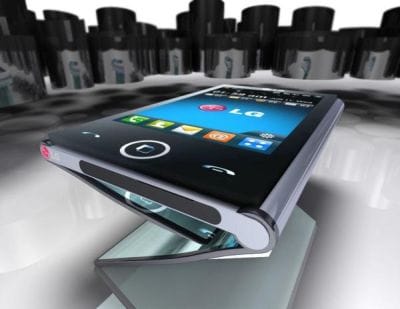 The LG Triptych’s sleek body features a phone screen with two fold out screens hidden behind that come out to form the screen of the tablet. More about the concept design can be read over at Design Buzz.

What do you think of the LG Triptych concept design so far? Do you think there will be more designs of this sort emerging?