A couple of days ago LG was seen teasing its new OLED panels, and while you might not think this is anything special, think again. One of these panels was 55 inches, but was so thin that LG is calling it a wallpaper display.

This future TV can be stuck on a wall thanks to the use of a magnetic mat that is placed on the wall first. This means that when you want to remove the TV from the wall, all you have to do is just peel it away from the mat. 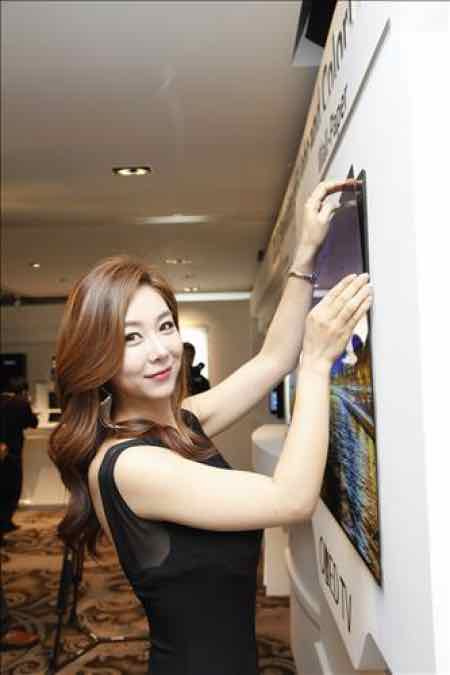 While it is rather awesome for LG to be teasing the thinnest OLED TV, or more so the possibility of one, there are still a few hurdles that need to be negotiated. One issue we have with this 1mm thin flexible display becoming a television is things like inputs and speakers.

Ok, so the latter can be sorted wirelessly, and so can the decoder, but you still need to get key elements into the panel itself.

It’s pretty complex and still in its very early stages, but CNET says that we could be looking at the next frontier. It does seem strange that LG is sticking by OLED, even when the likes of Samsung and Sony are looking ahead to different panel technology.