Back in the day when there were CRT televisions, the sound on them were pretty good, such as my Toshiba with Dolby Prologic Surround Sound, which certainly helped to offer remarkable audio quality. Now we are in an age where the ultra-flat TV is king, and while sound is crisper, they lack depth and overall power.

Since thin TVs are the norm these days, this has helped increase audio system sales, especially soundbars. All the major players have jumped on this bandwagon, and they are all coming up with new models all the time.

The new soundplate has been optimized to deliver a superb audio experience thanks to its 4.1 channels and 320W sound output. Connetivity is very good as well because it fully supports Bluetooth, as well as HDMI.

LG would tell you that they have nailed it in the sound department with the LG SoundPlate LAB540, and while we cannot say for certain if this is true, we can tell you that as for its aesthetics, they are bang on the money. 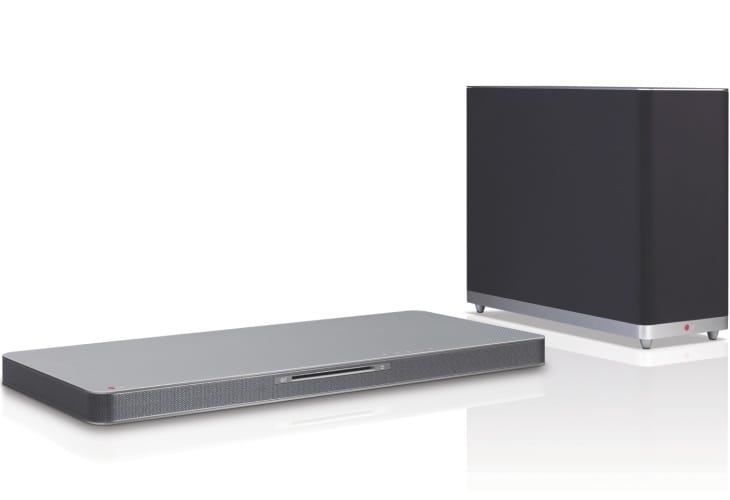 It has a modern, sleek design, something you would expect if Apple were to get into the home theater business.

This device goes one step further, as it is also a Blu-ray player, which is rather impressive considering how slim it is.

The LG SoundPlate LAB540 price has yet to be announced, but we expect to hear something soon seeing as though it will be released in Europe in May.