We already know so much about the LG Revolution, such as its specs, and if it is worth its price. However, how would you like to get a closer look at the LG Revolution’s software and hardware? Well now you can with two videos that have been made available on YouTube, which we have embedded for you below.

The latest Android handset on Verizon was recently sent to IntoMobile, and they have now had a chance to get down and dirty with the new LG Revolution. This is the third LTE handset from Big Red, and it reminds us of the original Droid, as it is a bit of a brick — nothing like some of the other light and sleek Android handsets coming to the market.

In the two videos below they are broken down into hardware and software, so the IntoMobile team will see how the handset stands up to their little tour. In that first video they look at all the hardware, such as that large screen and powerful 1GHz Snapdragon processor. They do not put it through any tests, but they do look at how it looks and feels against the Charge. 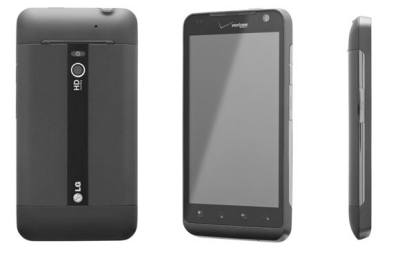 As for the second video, we already know that it comes with Android 2.2 and LG’s Optimus UI. Once you unlock the device you will see that there are seven home screens, and has Bing preloaded and not Google. While watching we cannot get over the touchscreen, it does not seem to be as fluid or responsive as the iPhone. View the videos below and you will see just what we mean.