Back in early June we introduced you to the upcoming LG P220 ultraportable, previously we spoke about its MacBook Pro-like design, today we can begin to reveal what is hidden beneath its eye-pleasing aesthetics.

Our previous article was quite vague in terms of specs, however we now have some more in-depth information to share with you, sadly at the time of this post we still have no idea of a price, therefore we will have to keep you up-to-date as we hear more.

Let’s quickly give you a run though of the P220’s specs (according to Electronista), apparently there will be second-gen Intel Core i5 processor options, Intel HD Graphics 3000, up to 4GB of memory, WiFi b/g/n, Ethernet, HDMI-out, a larger touchpad than its predecessor, a 4-in-1 card reader, Bluetooth 2.0 and an 12.5-inch widescreen IPS display with an impressive 178 degree viewing angle. We do not know the battery capacity, but we are told that 5.5 hours of usage is expected from a single charge.

It seems as if a lot has been lost in translation from the LG Korea press release, but we believe that there could be both SATA2 and SATA3 support and perhaps a 128GB solid-state drive offering – we will have to keep you posted as more becomes clear.

In terms of design we believe that the P220 is just .82 inches thick and weighs just 2.9 pounds – below we have embedded some images which showcase its impressive design, there will be three color options available, these are: White Pearl, Pink Pearl, and Blue Pearl, as you can see the coloring is quite subtle which is nice. 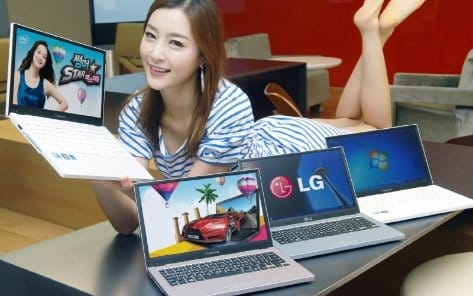 As we hear more information regarding pricing and U.S / UK release dates we will keep you posted. To be a success we think that it will be priced competitively, yes the design is nice, but performance is what is really important. Incedently we think the white model seen in the image below looks a lot like the recently scrapped Apple Macbook, what do you think? 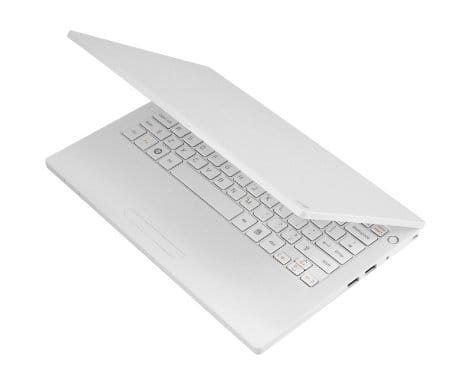