There has been some confusion regarding the upcoming LG Optimus Pad, as most of us have known it for some time by the name G-Slate. We already know some of its rumored specs, but what we did not know was its price — until now. So how does this compare to other tablets coming to the market, such as the Motorola Xoom?

The guys over on Engadget has been tipped off by LG’s German website, as they have their new device listed at â‚¬999. Using the most up-to-date conversion that works out at $1,350, which is $150 more than the Xoom. We already know that the high price of Motorola’s tablet upset a few consumers, so will this do the same?

There are two things that we have to consider here, one is that the website price is a mistake or that it will be cheaper in the US. It is hard to see which of the two is true, but we can tell you that what you pay in the states is usually much cheaper than you pay in Europe. Lets hope that we learn more during MWC in Barcelona. 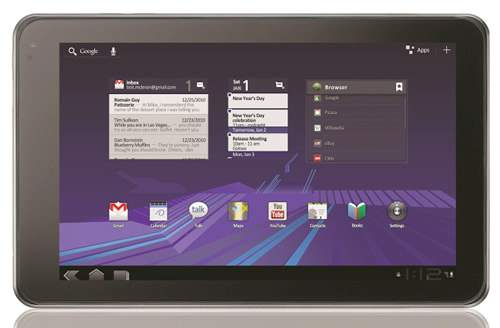 Androinica picks up on the fact that the name Optimus Pad is its European name and that it will still keep the G-Slate name in the U.S. on T-Mobile, and you will be happy to know that it will also feature Android 3.0 Honeycomb. If you read over some of the specs you can see that LG has one goal in mind — Moto.

Do you believe that the G-Slate/ Optimus Pad can compete with the Xoom?