The LG Optimus Pad is amongst many new tablets about to hit the market that has an Android OS. We previously brought you news of its 3D capabilities plus what else it would feature. Now LG have announced that Japan will be one of the first able to pre-order the tablet on March 15th.

The Japanese release of the tablet will be customized to suit the needs of the Japanese market consumers. It will come pre-loaded with apps like BeeTV, a variety of eBooks and comics through 2Dfacto. This version of the Optimus Pad will be available from NTT DOCOMO, Japan’s largest mobile operator, as the L-06C.

It will also feature the other high-end specs expected on releases in Europe and U.S that we already know about such as dual 5mp cameras with 3D capture and HD recording, 1 GHz NVIDIA Tegra 2 processor, Honeycomb powered and with an 8.9” touchscreen display, of course making it smaller than the iPad but larger than the Samsung Galaxy Tab. 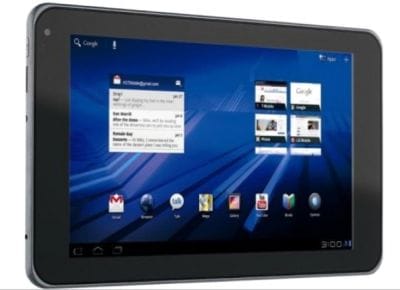 We don’t yet have a price for the pre-orders but Slashgear seem to think it will be a competitive one. Check out the full press release on the Japan pre-order announcement at IntoMobile.

What do you think the price will be? Does the LG Optimus Pad appeal to you? Let us know what you think.