There has been a lot of speculation and anxiety over Google’s exciting decision regarding the next Nexus smartphone. The Galaxy Nexus is going to be a tough phone to beat, but we’re now hearing that the future may lie in the hands of LG and their next Optimus G device.

As most of you are aware, Samsung had the honors last year with the Galaxy Nexus, and then again the year before it with the very respectable Nexus S smartphone. This year, it looks like Google are going to be ditching Samsung in favor of partnering with another manufacturer.

HTC had been mentioned as one of the possible candidates after their work on the Nexus One, but it appears that LG has now emerged as the front runners, with the LG Optimus G heavily rumored to be the next official Nexus smartphone. If you haven’t heard anything about this device yet, allow us to run you through some of the device’s specifications. 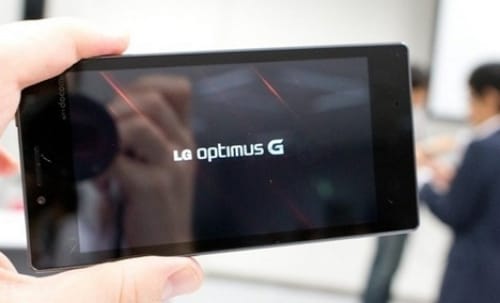 For starters, it’s going to be packing a 1.5Ghz quad-core Snapdragon S4 Pro processor, 2GB RAM and a 4.7-inch IPS+ HD display amongst other features. A recent LG press release also confirms that the Optimus G will have either a 13 or 8 megapixel camera, a 2,100 mAh battery powering the device and Android 4.0 Ice Cream Sandwich as its operating system.

Don’t forget that these are the initial features of the standard version of the device – meaning that the Nexus version could and will probably have even better hardware features out of the box. There’s no chance that the next Nexus phone will ship with Ice Cream Sandwich, so that’s one area that will already be upgraded to Android 4.1 Jelly Bean by the time the device lands – maybe even Android 4.2 if we’re lucky.

Another major talking point is when this phone is going to be available and on what carriers. LG has already sent out a press release, confirming that the base device will be coming to AT&T and Sprint first. As most of you know, the Galaxy Nexus first arrived on Verizon in the US, so could we possibly see an outcome where Verizon customers will not get their hands on the next Nexus phone at the first opportunity?

On the other hand, it could turn out that AT&T and Sprint gets the standard Optimus G and Verizon will get the Optimus G Nexus instead – who knows. Firstly, what are your thoughts on LG potentially being chosen to build the next Nexus phone – is it a good choice after the Galaxy Nexus in your opinion or not?

For Verizon customers specifically – will you be mad if the next Nexus phone ends up an AT&T and Sprint as exclusives?