If you’ve been waiting to see a problem free, 3D smartphone, then the waiting is over as we have news that LG are to debut their Optimus 3D at the Mobile World Congress later this month. The report comes from Engadget who are hoping to get their hands on it at the MWC 2011 in Barcelona. You can read the full press release here.

Not a lot is known about the device, however LG are saying that it comes with a 3D LCD display, similar to that of the Nintendo 3DS, which means you won’t need 3D glasses. This is a problem many had predicted, probably one that LG anticipated and therefore resolved. The LG Optimus 3D will also come with a dual-lens 3D camera, as well as DLNA and HDMI features, suggesting that home videos may be shared on 3D ready TVs.

As it’s an LG you can bet that it will probably run on Android. For those of you who have been following LG developments you will know it’s the second smartphone from them that we have come across this year. The other is the LG Optimus 2X, which proved popular at CES 2011. The Inquirer says that its positive reception was largely due to its Nvidia Tegra 2 processor. They also suggest that the LG Optimus 3D will carry a graphics chip called Tegra 2 3D. This is unconfirmed, leaving us to wait for events to unfold in Barcelona. 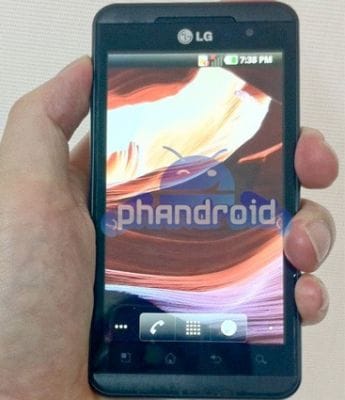 What are your thoughts on the LG Optimus 3D? Have LG addressed all the problems they may face?