You’ve heard us talk about the LG Star in the past, but you wouldn’t have heard about the LG Optimus 2X, until now that is. LG has surprisingly renamed the device, and they have just given the impressive-looking handset the official press release treatment.

As reported from Engadget, LG are proud to announce the world’s first Tegra 2-powered smartphone onto the global scene, and you’ll be pleased to know that it’s also running Android OS, although it will be Froyo, not Gingerbread unfortunately.

On a more positive note, the dual-core 1Ghz Optimus 2X will feature 1080p HD video recording, an 8 megapixel camera, 8GB of internal memory and also a separate 1.3 megapixel front-facing camera for video chats. LG has also mentioned on their press release about a feature called HDMI Mirroring, which is thought to be related to the HDMI-out feature on the 2X.

In terms of release, we’re as disappointed as you are that this will only be hitting the Korean market first. A European and UK release will happen soon after according to LG, but it would be nice if everyone got to share a slice of the Tegra 2 cake at the same time – what do you think about this? No mentions about a US release either, but we’ll obviously update you when LG reveal more details. 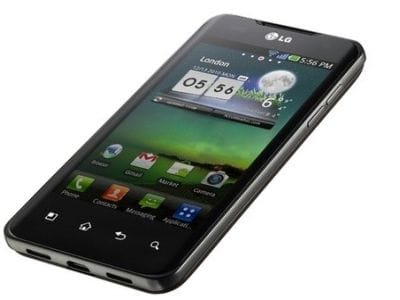 Does this handset interest you or not? It should do considering it’s the world’s first Tegra 2 smartphone, but it may be worth forgetting about it now until we hear about a release in these shores. You could always consider the import option of course, but thats a bit drastic.

Before we forget, this handset will also be receiving an update to Android 2.3 Gingerbread sometime after release. Head to Engadget for the full press release.