Recent developments in the smartphone world have seen devices coming to market that now have dual-core processors. The Samsung Galaxy S2 has grabbed many people’s attention since it was first announced. Today we have an article comparing the LG Optimus 2X vs Samsung Galaxy S2, with the winner decided.

Ben Sillis from Electricpig.co.uk has written an article comparing the devices in a head to head battle. Speed wise they are both fast handsets, but the Samsung Galaxy S2 breaks all records with a 3,166 score in Quadrant. The LG Optimus managed 2,391.

When it came to compare the devices software the Galaxy S2 home screens and launcher were found to be really fast. There were never any signs of stutter no matter how many apps were running in the background. While the LG experienced some notable lag and when switching screens you were sometimes left hanging.

The Galaxy screen was preferred as well with a sharper feel and more vivid colors. The LG did have better visibility in direct sunlight though. The S2 is the thinnest smartphone around for now but still feels pretty rugged, but the LG also felt nice and solid. 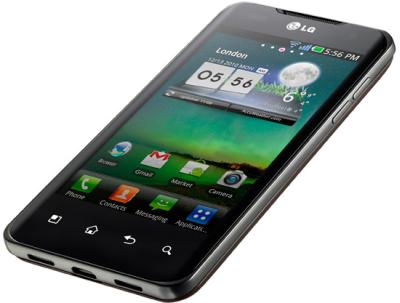 Smartphones often suffer from poor battery life, but both of these handsets ran all day with a variety of draining features left on. The Galaxy has a slightly bigger capacity but the handsets came out equal for battery performance. Being faster and thinner with a better display, meant the Galaxy S2 came out on top.

Which of the two devices do you prefer?