This LG Nexus 6 concept gets close to the perfect specs for some people and this is due to the design being based on a lot of rumors, although it is also true that both the name and features miss the mark according to fans. The 5.2-inch display alone raises questions over a Nexus 6 name, so if this isn’t based on screen size then a Nexus 5 2.0 or 2014 naming might be better suited.

The Nexus 6 Price website seems to have created this concept, at least it’s their text all over the design, and they have titled the image “The all new Nexus 6 Concept 2014”. The specs include a 7 to 8mm thickness, 3GB of RAM, a 2.3Ghz Snapdragon SoC CPU, 4K video recording, improved night time pictures, up to a 21 megapixel sensor, and a 3000mAh battery.

It is good to remember that the above Nexus 6 specs were given with a fan created concept, so feel free to debate them in the comments and how close you think they might be to an official launch.

The concept creator also gives a release date window of September to November with the UK, US, and Canada being some of the first countries expected to see the handset launched. They predict that India, South Africa, and a number of other countries shouldn’t have to wait longer than an extra 2 months for the handset, so certainly by the end of 2014. 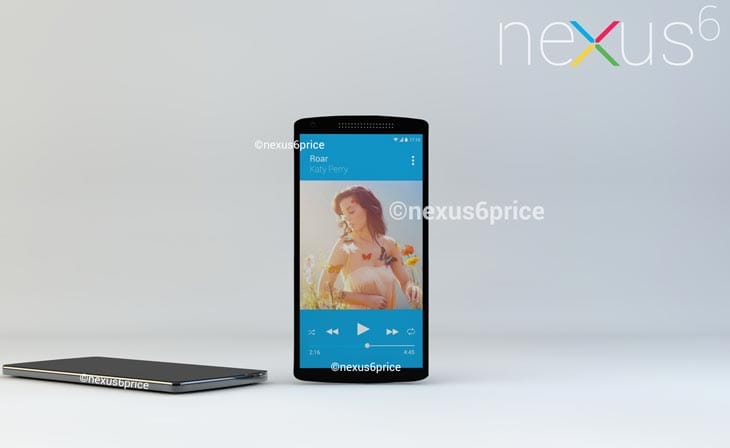 Does this LG Nexus 6 concept meet your ideal specs from a design point of view? If not, what features and screen size would you like to see?

These images come a website going by the name of Nexus 6 Price, so this certainly isn’t the best of sources, although we welcome different designs for Product Reviews readers to digest and comment on.

Personally, we’d like to see 4GB of DDR3 RAM and the Nexus 6 naming starts to get a little confusing when you consider the display specs. Some say the naming is due to screen size, others state it’s to do with generations, but then how far can this go in the next couple of years.

It is also good to remember that some people want a pocket size smartphone, so they won’t like to see the display get that much bigger with the Nexus 6. Feel free to share your comments below with what you want to see in terms of future strategy for features and naming.