The next Nexus smartphone rumors are starting to heat up nicely. After recently informing you about a potential LG Optimus G Nexus coming our way, we’re now hearing that the next device will enter the market as the LG Nexus 4 instead and could be coming with a brand new version of Jelly Bean.

It looks like LG are definitely at the top of the pecking order for the next Nexus smartphone honors and the idea of the next device being called the ‘Nexus 4’ is pretty exciting, especially if you consider what hardware specs it will come with.

New Nexus phones usually fly straight to the top of the Android spectrum upon release, meaning that we may even see specs that surpass that of the Galaxy Note 2, which is easily the best Android smartphone out there at the moment – on paper anyway. LG hasn’t confirmed anything officially yet, but a new report coming out of a French publication suggests that the new LG Nexus 4 may be arriving as soon as October 29. 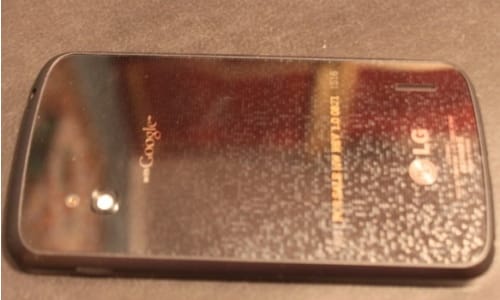 This beast is thought to be rocking a 4.7-inch HD display and a quad-core Snapdragon S4 Pro processor among other things. Being a Nexus device from Google, it should also debut with the newest version of Android, which could end up being Jelly Bean 4.2 – certainly an attractive proposition for those that have been patient enough to hold off from the likes of the Galaxy S3 and Galaxy Note 2.

It’s also worth mentioning that the Galaxy Note 2 is scheduled for a US announcement on October 24, so we could even see some official details on Android 4.2 as well, if that is indeed the next major version of Jelly Bean. A lot of consumers are still a bit skeptical over the fact that LG has seemingly been chosen to build the next Nexus phone, but if it comes with the best hardware specs out of the box like the Galaxy Nexus did before it – who is going to argue with Google’s decision?

We hope that the Nexus 4 name is confirmed, as it sounds a lot better than the LG Optimus G Nexus. Let us know if you have now decided to hold off on the Galaxy Note 2, as we wait for more confirmation on the next Nexus smartphone. Is a new version of Jelly Bean key for you?