We don’t usually cover many household appliances, but after looking at a very funny viral video of what could only be described as a Baby vs. Vacuum, it made us remember how cool some of these cleaners are. Okay, so the Motion Sync from Samsung is more of a standard vacuum cleaner, but that is not the case with the LG HOM BOT Square and iRobot Roomba.

So if there was a LG HOM BOT Square vs. iRobot Roomba showdown, which of the two would win? While we do not have any such review pitting the two against each other, we have included several videos to help draw your own conclusion as to which is best.

Firstly, we thought you might like to view the LG HOM BOT Square official video, which went live on LG within the last 24 hours. LG wants to make cleaning your house less dull and so has developed the HOM BOT Square. The video takes us through the many features and why they went for a square design in the first place.

The second video is of the LG HOM BOT Square at CES 2013, and is more of a formation demonstration to show you the potential of their latest vacuum cleaner.

In the third video it shows us the LG HOM BOT Square cleaning modes. There are a total of five of these modes, which include Zigzag, Cell by Cell, Spiral Spot, My Space and Manual.

To round up the videos for the LG HOM BOT Square is a quick demo of the vacuum doing what it was designed to do around your home. 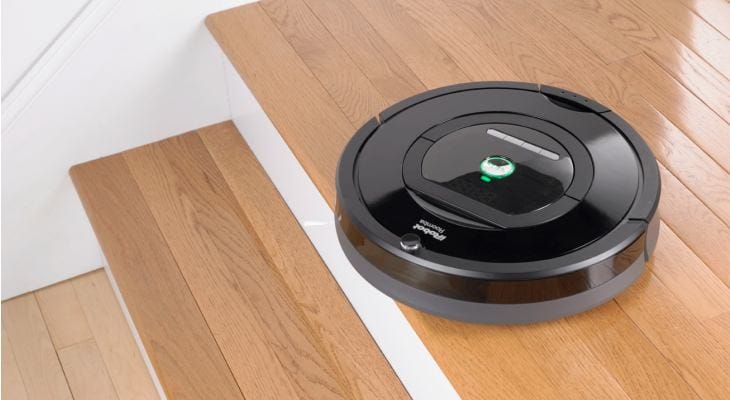 The first iRobot Roomba Vac 770 video is its unboxing and review, which covers the pros and cons following a week of use in the home.

We also have an informative video looking at how to get started with the Roomba 700 series, just for those who are new to these cleaners.

Finally, we would like to point you in the direction of an in-depth Roomba 770 review, which covers all the main features, its cleaning modes and so much more.

There you have it, we do hope that these videos will allow you to come to an informed decision as to which of these two vacuum cleaners is the better choice for you?