There’s not long to go before we find out what LG, HTC and Samsung have planned for us with their next flagship handsets. We know that there is to be the HTC One M10, although it might not be called that, the Galaxy S7 and also the G5. As for the latter, an image has been revealed for the LG G5 case, and from the looks of it has been made to help increase the protection of your new smartphone.

It’s very easy to see the resemblance with this official LG G5 Quick Cover case and the one for the K10 model, although it also reminds us of the HTC Dot view case as well.

What we do like is how you are able to see calls and messages and even swipe to answer or play to them just by swiping the case thanks to the semitransparent mesh metal. 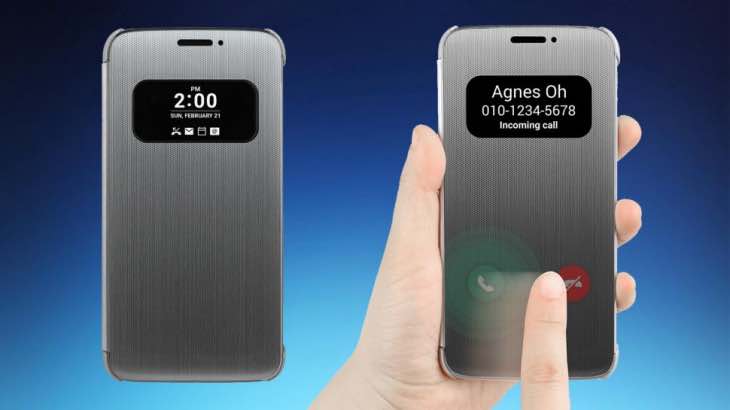 There is also another opening at the top so that you can see the time, date and also notifications. Having a case like this means that you can still see your case covered up while looking at texts, and making calls, and in doing so means that your LG G5 will stay protected – or more so its screen.

Going back to that opening at the top, this is for the always-on second screen. However, we do have to wonder if this will cause any issues with the G5 battery life, or whether LG have managed to make a few tweaks and increase battery size in order to make certain there is no shortage in terms of life?