There is not long to go to go until the release of the LG G Watch, especially as new details have leaked showing various watch faces, apps, calendars and even the new Android animation. However, there is one confusing factor, which we will get to a little later.

First things first, the video that you see below is of the LG G Watch Boot-up animation, and we have to say it stands out well with the black background. You can clearly see a new Android animation, so we have to wonder if this will be seen in the upcoming Nexus 8 later this year?

The LG G Watch system dump has been leaked for all to see, but we find it confusing why it says powered by Google, when it should say powered by Android? We can overlook this oversight seeing as though this system dump has shown us so much more of what to expect from the G Watch. 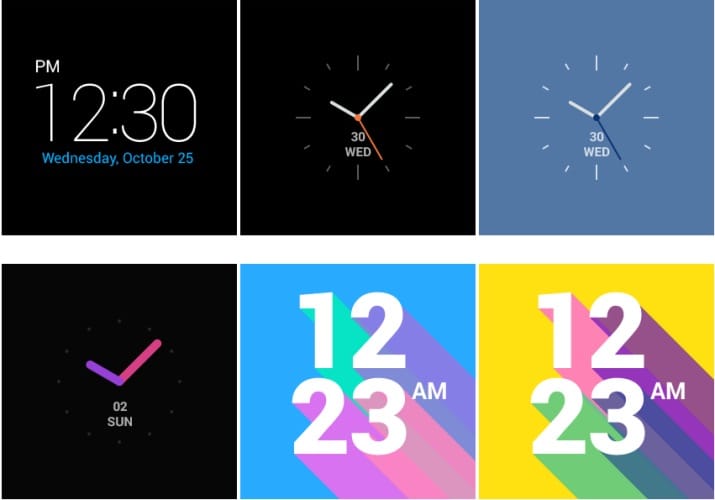 A huge part of the LG G Watch are its watch faces, and you can see here that there are 12 on show, although there could be more before the wearable is finally released.

Some LG G Watch apps have also been leaked, which includes a calorie and step counter, as well as a compass. Last but not least are the new Google cards that will appear on the G Watch, these include Birthdays Weather and Package Deliveries.