LG have officially revealed (according to Pocket-lint), that their new LG G Pad 8.3 Android tablet will be released for purchase in the UK before the Christmas holidays. This has quietened fears that the UK would be excluded from the initial launch of the product due to ambiguous language of LG, by stating it would be released to Europe before the Christmas holidays. LG has a history of dividing the UK off from Europe as is evidenced by the release of the LG Optimus G Pro Smartphone that was released to mainland Europe, before it ever touchdown in the UK. LG have also revealed that the LG G Pad 8.3 will cost the consumer approximately £259.99.

The new LG G Pad 8.3 tablet will have an 8.3-inch with a crystal clear Full HD 1920 x 1080 display. Moreover, the tablet will be powered by a 1.7GHz quad-core Qualcomm Snapdragon 600 processor, which will include a breezy 2GB of RAM and 16GBs of internal storage. The device’s operating system is the Android 4.2.2. Jelly Bean and is Wi-Fi compatible. Additionally, the tablet has a 5-megapixel rear-facing camera and a 1.3 megapixel front facing cam. For all this £259.99 seems to be a reasonable price considering the quality of the product specifications. 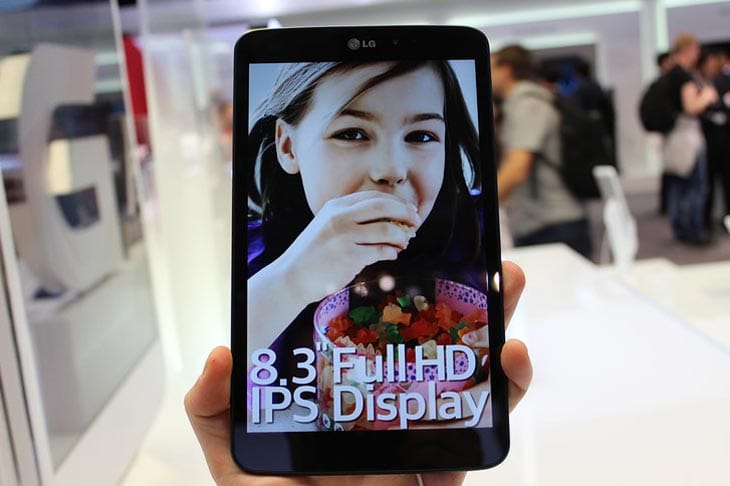 Do you think the new LG G Pad 8.3 Android tablet is worth the money? Are you excited that you will be able to get your hands on the product before Christmas? Please check out our other articles here and here regarding what we have previously written on the product.