It’s all very well getting one of those new 4K TVs, but what is the use of having superb image quality and forgetting about the sound? The good thing is, unlike those TVs, you do not have to spend a small fortune to get a decent sound quality, especially as we get ever closer to Christmas. Take the LG DH3140S 300 Watt 5.1 DVD Home Cinema System for example, its specs are decent enough without breaking the bank.

However, the one thing we will say here, we would advise you to use this on a cheaper model TV, seeing as though this home cinema system only supports DVD and not Blu-ray. However, we would not let that put you off, as you are getting a system that produces a massive 300 watts of heart thumping sound. 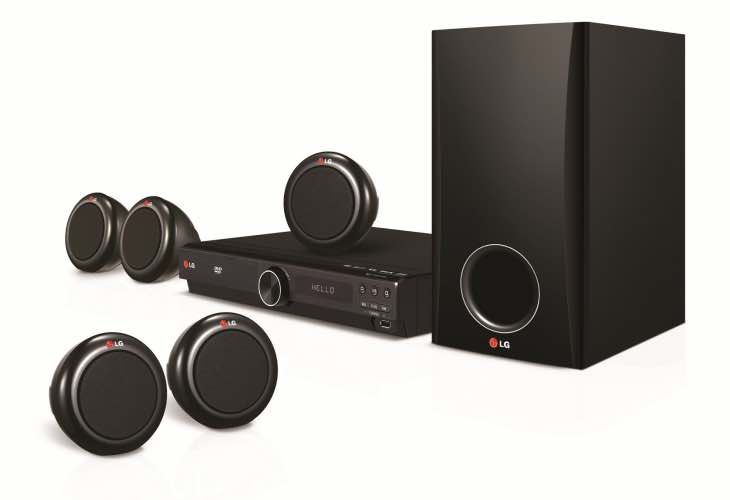 There is a sheer lack of LG DH3140S reviews, even the LG website does not have any. This means it is not a very popular model, which is a real shame because this would be ideal for someone to use in their bedroom, as not many people will want a DVD system in their living room, as they would rather Blu-ray, or rely on 4K streamed content.

Playable formats consist of DVD, VCD, Super VCD, CD & DivX, MPEG 1 and 2, L2, and WMA. The full specs can be found on the LG website, along with its manual. As for price, you would usually pay around £180, although we suspect that you will find it cheaper in the run up to Christmas.