The LG BP145 2D Blu-ray player is a rather popular device because of its size and price, as they are both pretty small, but the one issue we have is the distinct lack of reviews. We looked on YouTube to find a review, but nothing and we also went onto the LG website for details such as its full specs and user manual, but this model does not appear on their site at all, which we find very strange.

However, we were able to find a few details on the LG BP145, which as you will well know offers Full HD playback because of the use of Blu-Ray discs. Not only that, if you put a standard DVD in the drive it will be upscaled to improve picture clarity, and colors.

The USB 2.0 port allows you to connect an external storage device in order to play media content you have store on it, such as movies, photos or even music.

We would not advise you to use this as your main Blu-ray player if you do not have a Smart TV, as this model does not come with this feature either, and so you may want to consider the Samsung BDH6500 4K 3D Blu-ray player, as you not only get Smart TV built-in but also UHD as well. 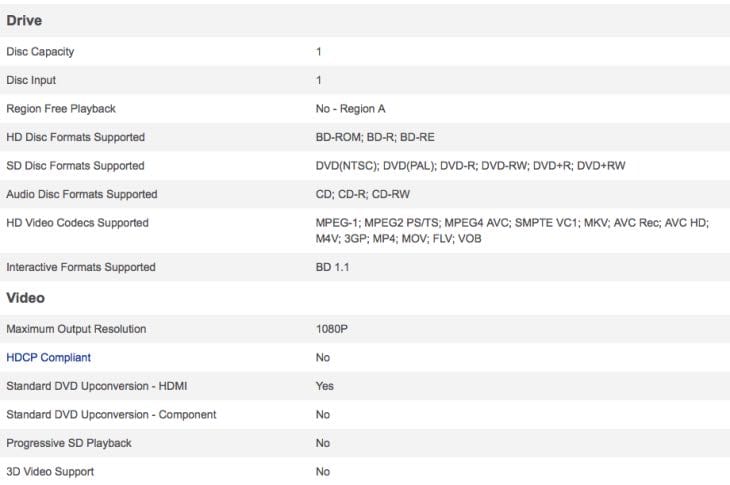 Having said that, you will pay a premium for that Samsung model above, and could be way out of your price range, and so you may have to stick with this LG Blu-ray player instead, even if it also lacks 3D.

We did hope that Walmart or Amazon would have some reviews based on customer feedback, but there is nothing. Having said that, we did find that Best Buy Canada is the only place to list all of its specs, and so you may want to look there first before committing to this purchase. However, pay no attention to its price, as we know it will be far cheaper in the US, especially with Christmas looming.