We have some exciting details to share with you now, as just hours after the official unveiling of the LG Optimus 2X (Star), it looks like the Korean giants have another juggernaut on the way, which has just been leaked for your pleasure.

According to the exclusive by Phandroid, this unannounced handset is codenamed the LG ‘B’ and is looking to be one of their flagship handsets next year.

Phandroid has obtained the first images of the device, and the biggest features are said to be the very impressive-looking display screen, and also the thin dimensions of the device.

How impressive is the screen you ask? Well, how would you feel if we told you that based on these pictures, the screen is looking better than the iPhone 4 and Samsung Galaxy S? – The two handsets with the best displays on the market at the moment.

Furthermore, another picture gives us an idea how slim the device really is. Apple has touted the thin dimensions of their iPhone 4, but again, the LG B boasts a much thinner display, and much more stylish you have to say. 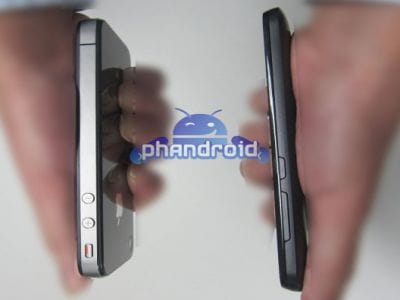 According to a provided chart, the LG B has 200 more brightness nit than the iPhone 4’s Retina Display, and a whopping 400 more nit than the AMOLED-based Samsung Galaxy S. It’s pretty exciting stuff you have to agree, hopefully we’ll hear about some hardware specs soon. 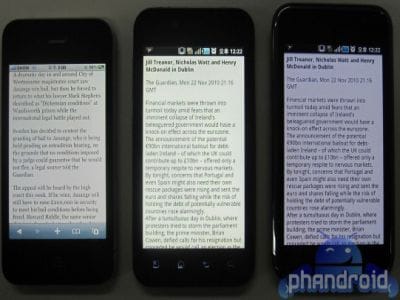 What are your immediate thoughts on the handset? The Retina Display on the iPhone 4 has set the bar high for other smartphones to follow, but it looks like LG has more than stepped up to the plate. Could this be a contender for your next handset in 2011?

Take a look at the photos over at Phandroid.