If you have been following the tablet news breaking since CES 2011, and over the last few months and more specifically LG’s contribution to the Tablet craze, then you know about the LG Pad, which is due any day now.

You can see a nice list of tablet PCs coming in 2011 via our earlier post, and those that love the Windows OS may want to take a look at the LG E-Note H1000B. LG’s Android 3.0 Tablet PC would be a better choice for those that are anti Microsoft; the device is called the “G-Slate” and can be seen in a Korean music video below this article.

Engadget explains that the LG G-Slate was one of the “more mysterious devices”, which we heard about at CES 2011. Their Korean correspondents kept them informed about the new Android 3.0 tablet, which you can read the details in their article here. 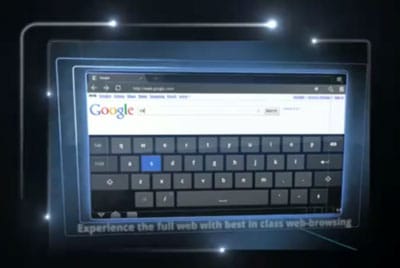 Pocket-Link has taken a look at the UK perspective for LG’s G-Slate with T-Mobile, which they heard from LG’s James Choi who was pretty vague. Only hinting at another announcement soon when asked directly about a UK version. You can read his exact words in their article. Again, please see the video below or see some other G-Slate videos on YouTube.

Are you a fan of Windows or Android Tablet PCs? Does the LG G-Slate excite you?