The LG 55EG960V 4K OLED TV, or 55EG9600 as it is known in the US is a huge deal for the South Korean consumer electronics makers, as it was their first 4K OLED television, and so it has had a huge spotlight on it ever since being revealed at CES at the start of the year. Now that the new model is available to buy in the UK it is no surprise that the first load of reviews have started to appear.

Looking over some of these there does seem to be a review verdict positivity in regards to the LG 55EG960V TV, which is great news, not only for LG but to the consumer as well.

One such review has gone into great depth to put the 55EG960V through its paces to see how it stands up, and the results do seem rather impressive. We know there are better models out there, but not in this price range. 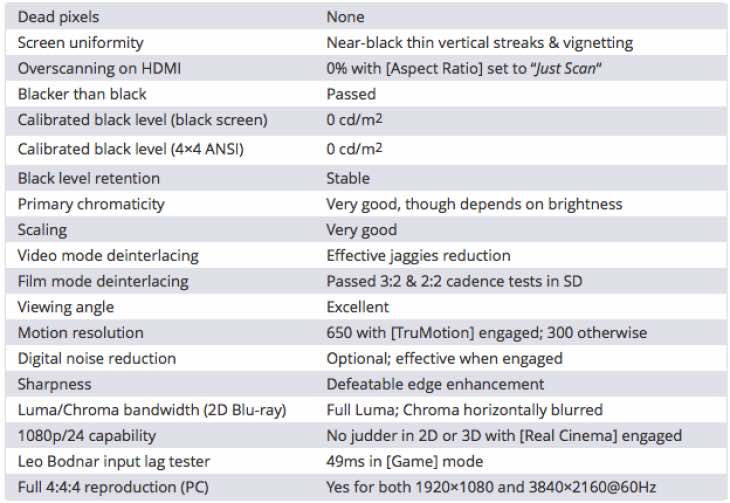 HDTVtest points out that the 55EG960V improvements makes this model stand out far greater than the EG960V, which is mostly thanks to its improved 3840 Ã— 2160 resolution, Harman Kardon sound, faster quad-core processor, and enhancements made to WebOS 2.0 Smart TV platform.

To give you a better idea of all those improvements we have included an image of the benchmark test results, and there is also a video below that highlights all the main features.

Right at the bottom of the review conducted by the TV specialist website they have added their conclusion, which is a very positive one. As for price, expect to pay around £3,800. Another LG TV to consider is the affordable 55EG920V.