LG appear to be the winners of best new TV at CES 2015. The electronics giant unveiled a selection of new models in Las Vegas, the most eye-catching of which was the LG 77-inch 4K OLED EG9900 Curved TV.

It’s not the first time that LG has attempted to razzle and dazzle at CES and this year they have firmly continued this trend. A 77-inch behemoth in the form of the EG9900 was showcased on the floor, offering attendees a glimpse of the company’s brand new flagship TV.

Not only does it include 4K and OLED technology, but this is also a Curved TV with one big difference. Buyers will be able to press a button on the remote control and instantly transform it into a flat screen TV depending on their tastes. 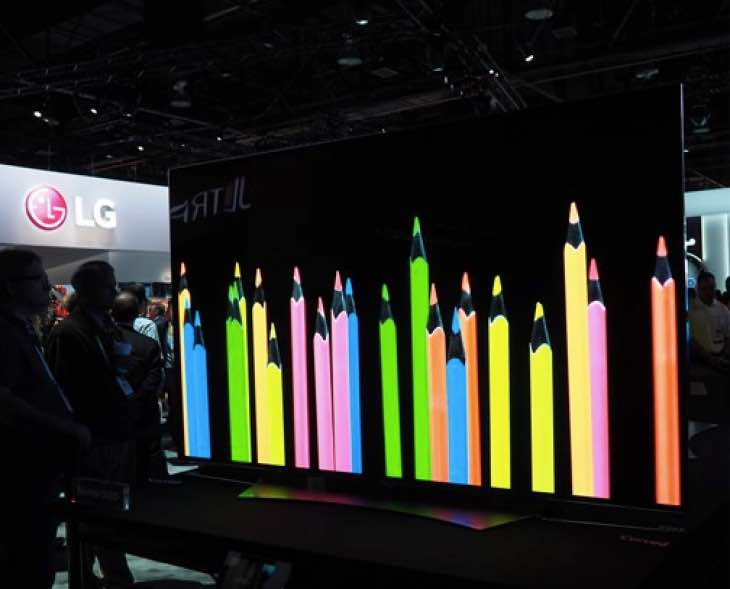 You can even stop the TV whilst it is changing angles, offering a semi curved experience if you want to mix it up a bit. Those who were lucky enough to witness it at CES 2015 directly have been left amazed, but at the same time we can only worry slightly when thinking about the inevitable high costs.

This model is still at a very early stage and as a result, we don’t have a set LG 4K OLED 77-inch EG9900 TV price or release date yet. Given that this is LG’s new flagship model and it comes with Curved, 4K and OLED features rolled into one – it will most likely cost a near fortune.

It’s worth pointing out that the 2014 65-inch 4K OLED TV from LG was first available with a $10,000 USD retail price. So don’t be surprised if LG announce later this year that they want $12,000 for it due to the flashy Curved mechanism feature.

The question is, are you willing to fork out over $10,000 for one of these babies? Check out LG’s CES 2015 TV showcase video below for a teaser and let us know what you think.