We have a treat for Liverpool FC fans now, as it appears that Roberto Firmino fever is hitting everyone right now. PES 2016 is coming and to celebrate LFC’s new star signing, the community manager has given a glance of how Firmino looks in PES 2016.

As you have come to expect from the FOX Engine, the graphics are amazing. Firmino is looking uncanny compared to the player in real life and we also have another image to show you which takes a look at the player in PES 2016 side by side with reality – courtesy of PES Team Italia.

For starters, take a look at what community manager Adam Bhatti had to say about Liverpool’s new signing – showing off a look at Firmino in Brazil colors during an E3 build of PES 2016 that was shown to attendees. 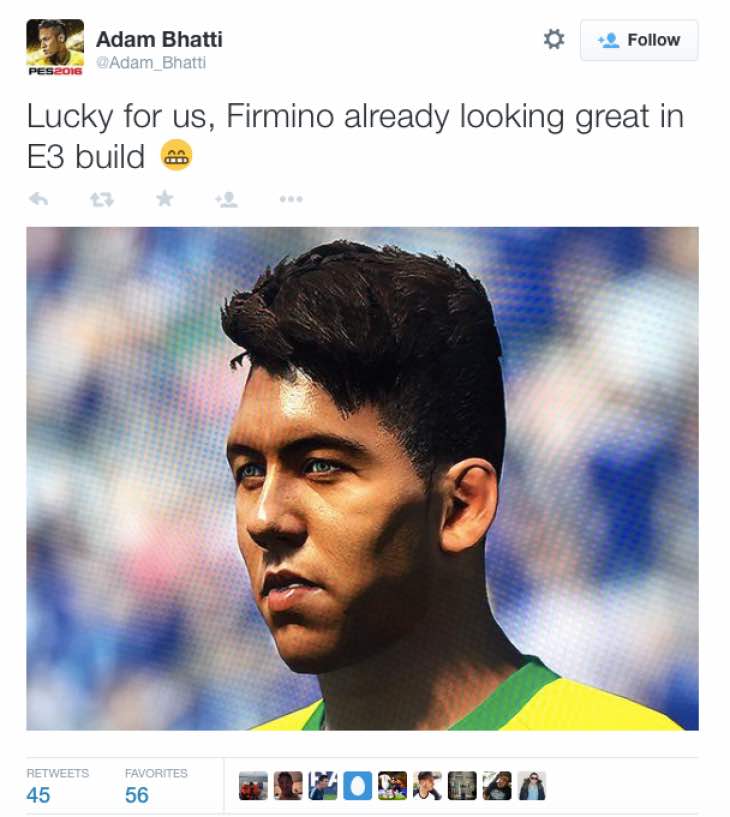 It is going to be even better to see the player up close in a Liverpool shirt and we have a feeling that Konami will be releasing some screenshots of this soon.

Brazilian players seem to be something of a speciality for Konami as it was only days ago when we showed you a look at how Neymar would be transformed into PES 2016 – again the quality is mesmerizing.

If you are a LFC fan, give us your reaction to the signing of Roberto Firmino. Will you be buying PES 2016 this year or will you stick with FIFA 16?