We have seen some amazing visuals so far for FIFA 17, but most of the good shots have all been from pre-rendered cutscenes. Now though, we can bring you the first look of LFC manager Jurgen Klopp in-game in FIFA 17 celebrations.

We fully expect EA to release some HD shots of the LFC team in the build up to September’s launch, but for now this is a great little taster of what to expect if you are an Liverpool FC fan.

It’s great to finally see Klopp in the game and you can also see a group celebration as well featuring new signings Mane and Wijnaldum in the second screenshot. 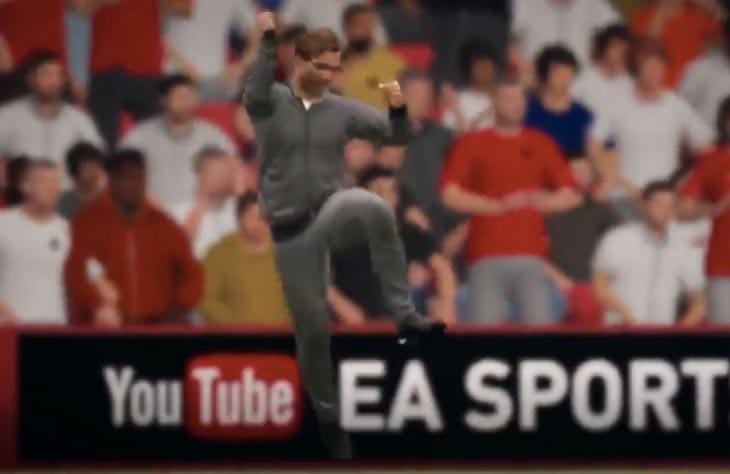 We’re presuming that these have been taken from the FIFA 17 career mode, but it should also mean that Klopp will finally have a manager card for FIFA 17 Ultimate Team as well. 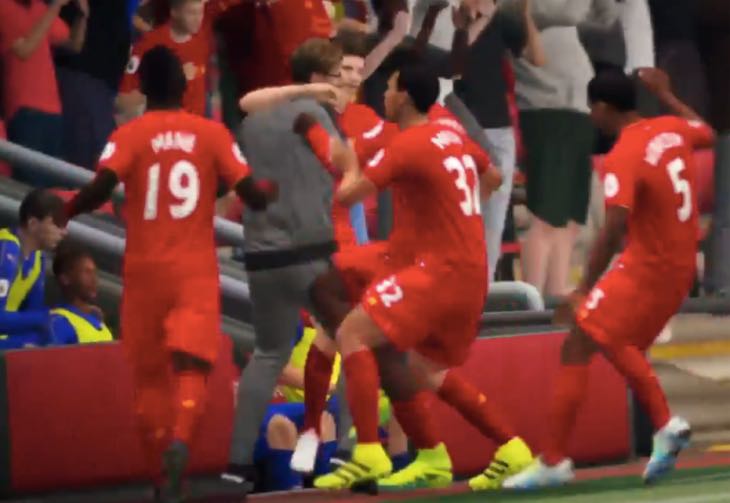 Klopp has been known for his trademark air jump celebrations in the past, so it’s great to see EA trying to replicate that within the FIFA 17 engine which is now running on Frostbite.

What are your thoughts on the image, do you like Klopp’s grey tracksuit? Given that FIFA 17 managers play a big part in the new game, we are also curious as to whether you’ll be able to put a cap on Klopp as well to make it even more authentic.