We are 24 hours away from the TOTW 14 lineup for FIFA 16 Ultimate Team. As usual, we have the heads-up on the TOTW 14 predictions for you, which could include a first in-form for Liverpool FC captain Jordan Henderson.

Henderson scored a goal on his return and set up an assist for Divock Origi to equalise in the dying minutes. Given that Henderson has yet to receive an in-form for the game and given the widespread criticism over his 79 rating – an in-form card could be likely.

One certainty however is a new card for Javier Hernandez. The little Mexican scored his first club hat trick over the weekend and he could even be partnered by team mate KieÃŸling who also had a starring role in the match. 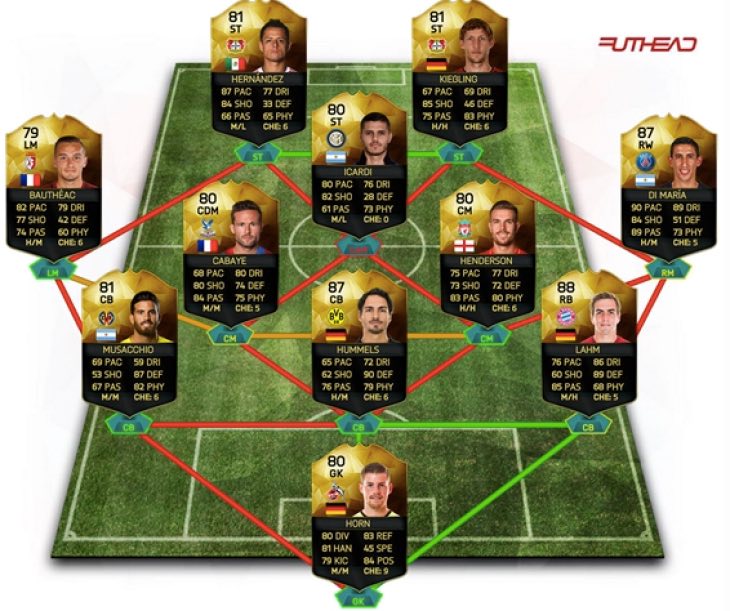 You can see the full Team of the Week 14 predictions for FIFA 16 above courtesy of Futhead. There’s some glamorous cards on offer elsewhere with Di Maria, Lahm and Hummels – what are the odds of actually getting one though?

Let us know your thoughts on the TOTW 14 predictions this week and come back soon for the official lineup.

What would be your personal picks?