The FIFA 18 ratings are out and unsurprisingly there are a lot of unhappy players out there who believe that EA has completely ruined some of the player ratings for certain teams and individuals.

One of these is Liverpool FC star Emre Can who will only ship with a 79 card in FIFA 18. Considering how much of an improvement this player has made since FIFA 16, it’s surprising to see that Emre Can doesn’t at least have an 80 or 81 rating.

It is actually a downgrade from EA, as Can’s rating in FIFA 17 was 80 so we’re not sure what Emre Can EA was watching last season. 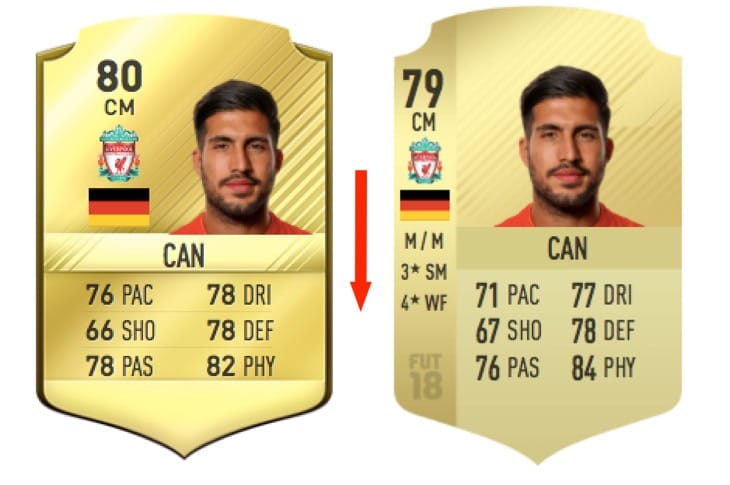 Do you agree that this doesn’t make sense from the developer, or do you actually think that a 79 is a fair card for the German international? Certainly the mood on social media is that this is a very harsh decision from EA to downgrade a player that actually performed well the previous season.

Let us know what other FIFA 18 ratings you think EA has got wrong and we will compile a list ready for the Winter Upgrades which will hopefully rescue these players.