It’s time to look ahead to potential FIFA 17 ratings now, as we wanted to ask your opinion on what Liverpool star Emre Can’s rating in FIFA 17 should be.

This is due to the fact that the player was the subject of significant ‘abuse’ on Twitter, after getting ridiculed by rival fans for being the weak link in the German national team during the decent France Vs Germany Euro 2016 semi final hours ago.

As you all know, Emre Can is only a 75 rated CDM on FUT 16 and many fans agree that this will be upgraded significantly by the time the FIFA 17 ratings are live. 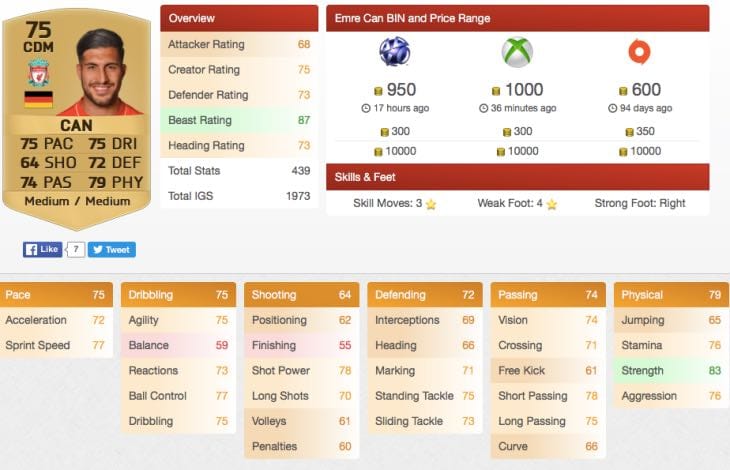 What should be the rating though? While some say 80 would be a fair outcome, we highly doubt that EA will give a +5 upgrade for a player that didn’t receive a single in-form card throughout the FIFA 16 FUT season.

Add to the fact that EA are usually rather stingy when it comes to handing out upgrades, we would say that a 77-78 card is much more likely to happen.

Have your say on this below, do you disagree with the criticism that Emre Can received on social media? What rating should he be on FIFA 17?