We have just hours to go until the exciting Liverpool FC Vs Hull City kick-off time in the Premiership. Before that though, FIFA 15 fans across the world are trying to get their own predictions in for the match and we have one LFC Vs Hull City prediction to bring you.

We wouldn’t want to tempt fate, but you’ll be amazed at how often FIFA simulation videos turn out to be true. For a start this one in particular features an interesting Liverpool FC Vs Hull City lineup that does not include Lovren for Liverpool in defense.

LFC fans will know that Lovren hasn’t exactly been performing well and in the video included below – we see Lovren replaced by Kolo Toure – there is no need to be upset though, as it’s probably a joke from the uploader. 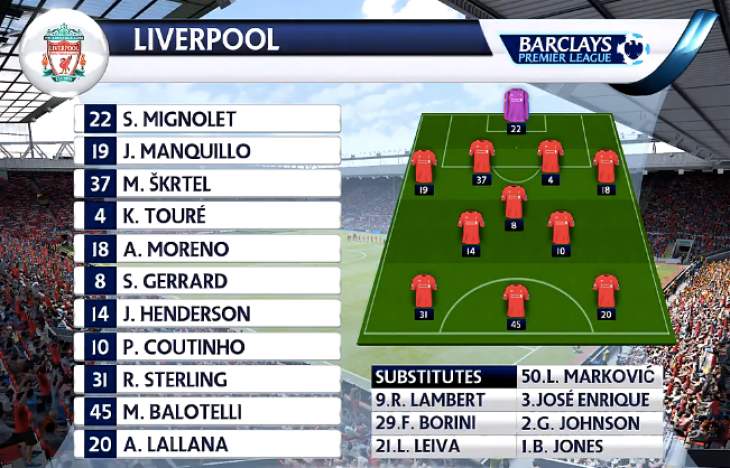 As for the match prediction, it ends 2-1 to Liverpool with man of the moment Raheem Sterling scoring the match winner. Hull actually scored first and Steven Gerrard went on to equalize, so it will be interesting to see what actually happens in the match.

Are you using the excellent Match Day Live feature of FIFA 15 to make your own prediction on the match right now? Let us know what you think the Liverpool Vs Hull final score will be later on.