The Liverpool vs Crystal Palace FC match is about to start within the next hour, so as a last minute prediction we want to offer up what one gamer has uploaded to YouTube using FIFA 15. Like many of the videos we’ve featured in the past, you’ll see LFC Vs CPFC played out in a game simulation and we’ll see both Raheem Sterling and Rickie Lambert score for Liverpool FC.

Thanks to the kick off time being just a few minutes away, we now know the exact lineup for both teams and this might differ from the prediction FIFA 15 videos thanks to its Match Day feature not always getting the lineups correct. 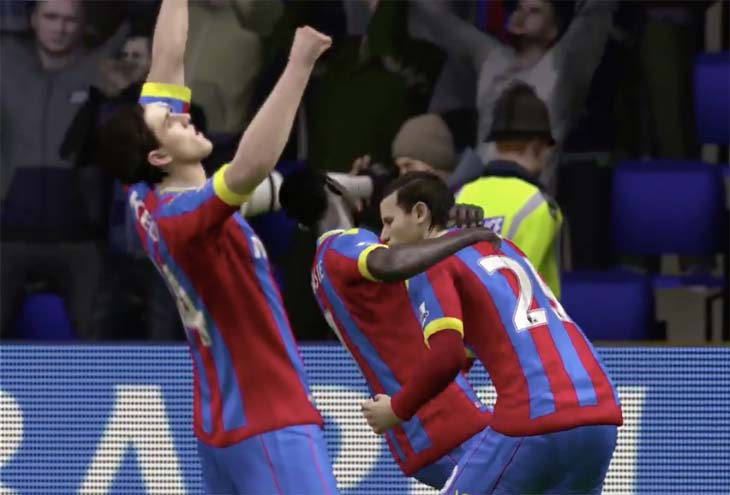 In terms of the winner between LFC and CPFC, it’s clear the majority fancy LFC to win by some margin. In fact, the prediction played out in FIFA 15 sees Liverpool beat Crystal Palace 3:1 with Sterling and Lambert the only goal scorers.

We’ve also included a second video below, so you can see another BPL prediction played in FIFA 15. This time, we see LFC win again but with a 4:1 victory.

Do you agree that Liverpool will beat Crystal Palace in this Premier League game and if so, what do you think the final score will be? Watch both gameplay predictions and then share a comment below.